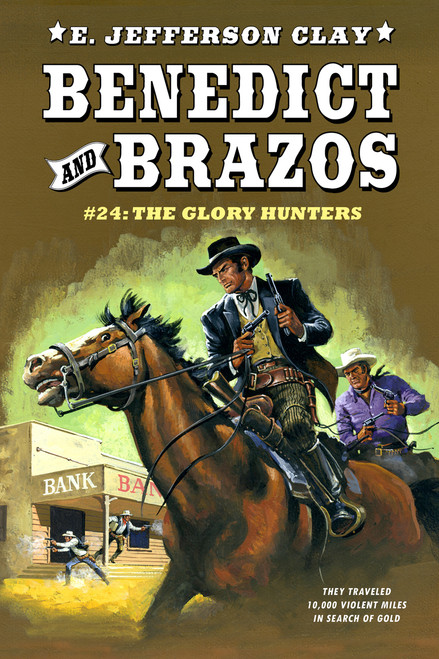 Back East, Duke Benedict’s wealthy family believed he was a prominent lawyer who moved among the wild west’s rich and the famous. So when his father proposed to pay him a visit in the rough-and-ready town of Rawhide, Duke had to think fast. It would kill his old man to discover that Duke was in reality a footloose gambler, womanizer and slick-as-lightning gunfighter. And so the pretense began.

Duke Benedict took over the practice of his lawyer friend Otto Lanning, and his partner, Hank Brazos, took Lanning up into the hills to enjoy a little hunting. Too bad all hell chose exactly that moment to break loose.

A mysterious preacher came to town with a whispering albino gunman in tow, their plan to set the good folks of Rawhide against each other until the town tore itself apart. Only then would the preacher have his revenge for something that had happened in the recent past.

With Duke’s hands tied as he pretended to be little more than an attorney, and Brazos off in the high country playing nursemaid to his friend, it looked as if Rawhide was wide open … for destruction!

See all the Benedict and Brazos books here.

Benedict and Brazos #23: Gunhawks on the Loose