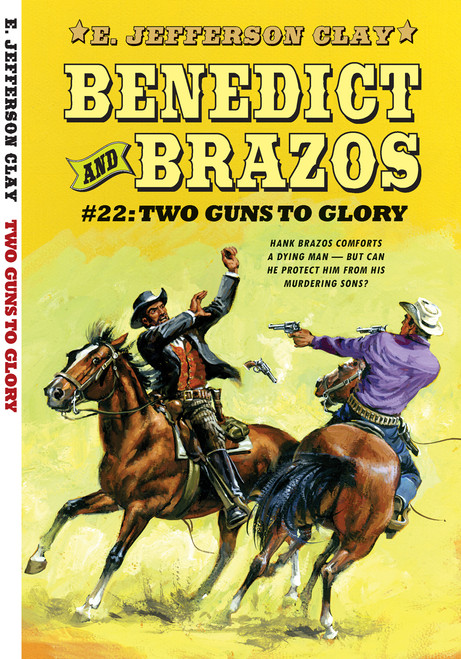 Old Justin Wardlaw was dying, but before he cashed in he wanted to see his four sons together again one last time. Cleve and David had never strayed far. Cleve ran a saloon in town, David ran his father’s mining operation. But what of Race and Corey? Following an argument, Race had left home and eventually become a gun-for-hire. Corey, the dreamer, had taken off to read poetry and see the country first-hand.

If and when the missing sons showed up, they would automatically be taken back into Justin’s will. And if that happened, Cleve and David—who between then expected to inherit Justin’s entire fortune—would lose out big-time.

Which meant that Race and Corey had to die …

Somehow Benedict and Brazos got caught up in the vicious plot to kill off the competition. Along the way Benedict sold Brazos’ beloved dog Bullpup, fell victim to a blackmailer and then found himself fighting right alongside a man he thought he hated!

See all the Benedict and Brazos books here.