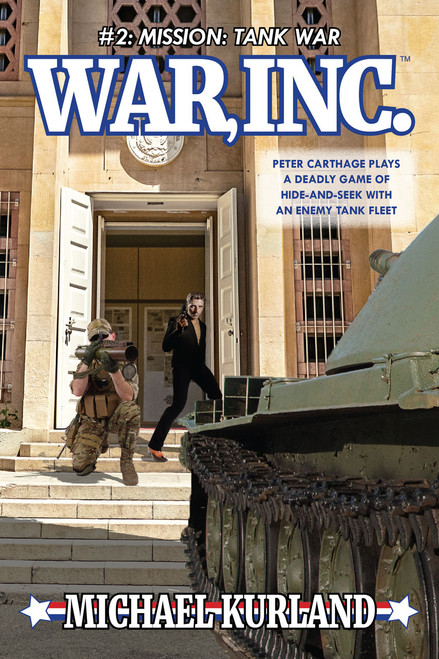 In the late 1960s, the Cold War escalated global temperatures. A new mercenary group — Weapons Analysis and Research, Inc., — was born to offer advice and training, and the equipment of modern warfare, to U.S. allies. Its men were carefully-selected experts at their jobs, men such as Peter Carthage, formally a major in the Intelligence branch of the United States Army.

A small, oil-rich Arab nation is about to lose its status as a protector­ate of Britain, and waiting in the wings to invade is a superior enemy force led by Soviet tanks. On a mission to stop them is debonair agent Peter Carthage and the men from War, Inc., a com­pany with an ultra-scientific approach to warfare.

How many men from War, Inc. does it take to stop an army of tanks? Six — plus one beautiful, plucky young British woman deter­mined to rescue a kidnapped brother.

This rare and difficult-to-locate mens adventure series returns to print (and eBook edition) in new editions from Bold Venture Press.