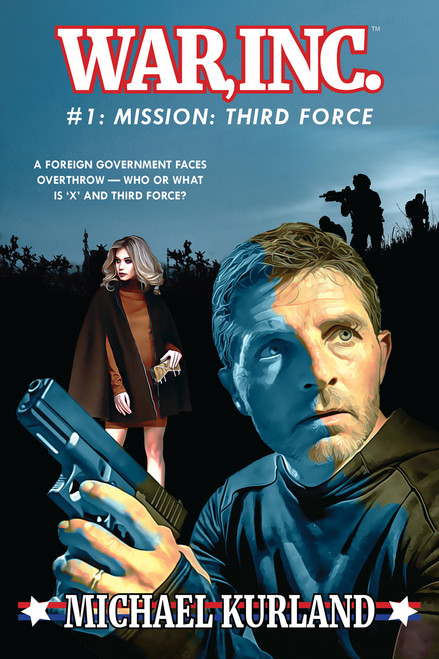 In the late 1960s, the Cold War threatened the survival of mankind. The map of the world was being recolored. And so, to help keep the uneasy peace a new group of mercenaries was born, known as Weapons Analysis and Research, Incorporated.

WAR, Inc., did not supply fighting troops. It did supply training, equipment, systems, advice and technical knowhow for using the equipment of modern warfare. Its men were carefully-selected experts at their jobs, men such as Peter Carthage, formally a major in the Intelligence branch of the United States Army.

Now he leads his men into the hostile jungles of Bonterre, to prevent the overthrow of its government by guerrillas and the mysterious Third Force known only as ‘X’…