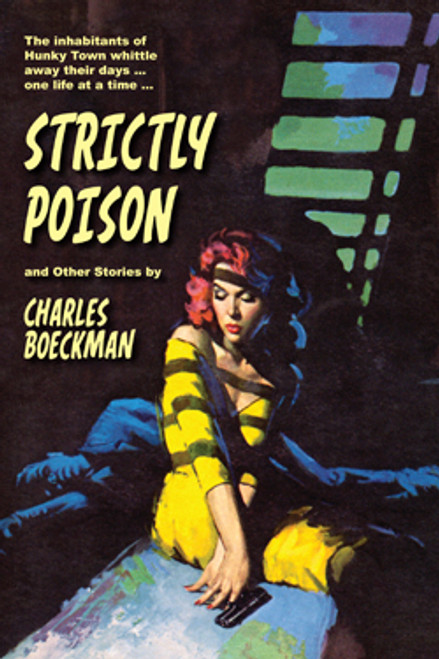 This collection features "I'll Make the Arrest" — originally published in the premiere issue of Manhunt, and adapted to television as a Celebrity Playhouse episode, starred Philip Carey, Jan Sterling and Virginia Vincent. [This story appears in Pulp Adventures #17, illustrated by Ed Coutts, with an editorial devoted to the search for this missing episode.]

Boeckman left home in the early 1940s and traveled the country as a musician, kicking around from New York City to New Orleans. In between gigs, he pounded out hardboiled stories on his second-hand typewriter. His stories appeared in Dime Detective, Alfred Hitchcock's Mystery Magazine, Manhunt, and many others.

When Boeckman combines his love of jazz with hardboiled pulp prose, his fiction reaches a two-fisted crescendo.

Cover by Robert A. Maguire