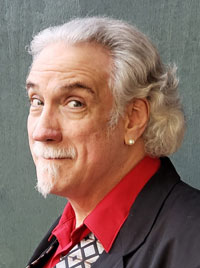 His short story “The Clockwork Nutcracker” won best steampunk story for 2013 from Preditor and Editors poll. He is the winner of the Pulp Factory Award for Best Novel and the Pulp Ark Award for Best Author.

Mr. Glenn worked regularly as an actor on The Guiding Light and other New York soaps, alternately doing stunts or acting in over 300 episodes. He worked as an actor and stuntman on Spenser for Hire and in episodes of The Equalizer.

His most famous ‘small screen’ appearance was as Vega in the worldwide web series Street Fighter: The Later Years.