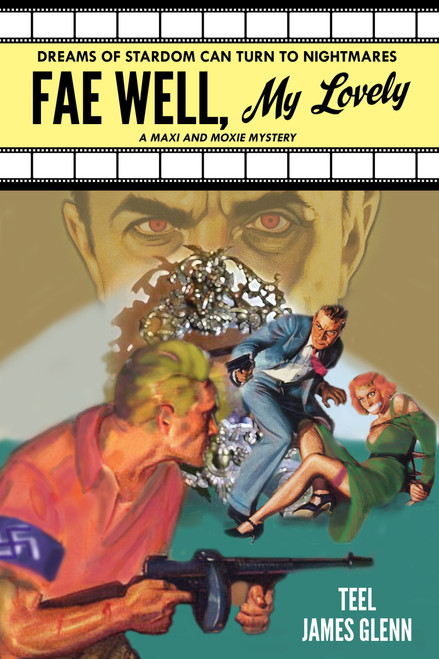 “We don’t want your kind here!”

Nazis don’t take kindly to that sentiment. Especially when their occult plan to invade America through nightmares has begun.

A murder occurs at a fundraiser for Kate Scorn, the philanthropic “Angel of the Slums.” The victim: an Irish folklore specialist, of all things. A clue-trail leads “Moxie” Donovan, reporter, to the Griffith Park “Hooverville” encampment. A Germanic folklore specialist was to meet with the slain man — then someone punches his ticket.

When Nazis start killing American citizens in Hollywood, Moxie gets angry. So does his actress wife, “Maxi."