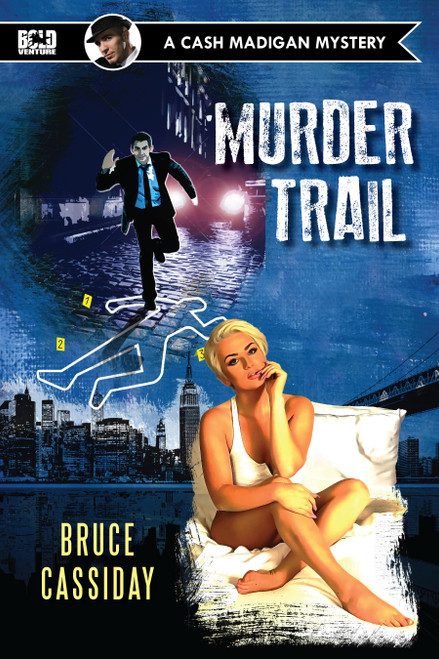 It began like a game of drop-the-hanky. It ended with Cash Madigan fighting his way out of the arms of his brother Buzz’s lovely widow — and out of the hot seat for his brother’s murder, who had been found brutally murdered in Madigan’s home. Why had Buzz died? Did it tie in with Madigan’s investigation of a big-money robbery for a surety company? After he had buried his brother, Madigan swore vengeance and doggedly followed a tangled trail strewn with more murdered bodies, and people who were not who they said they were. Along the way to uncover the truth he survived several attempts on his own life … but for how long would his luck hold out? A paperback classic out of print since 1957, now available!

If Johnny Blood didn't hustle to get the drop on a duplicitous spy-ring, the reports of his death wouldn't be at all exaggerated!

A fast-moving novella from the December 1962 issue of Mike Shayne's Mystery Magazine.