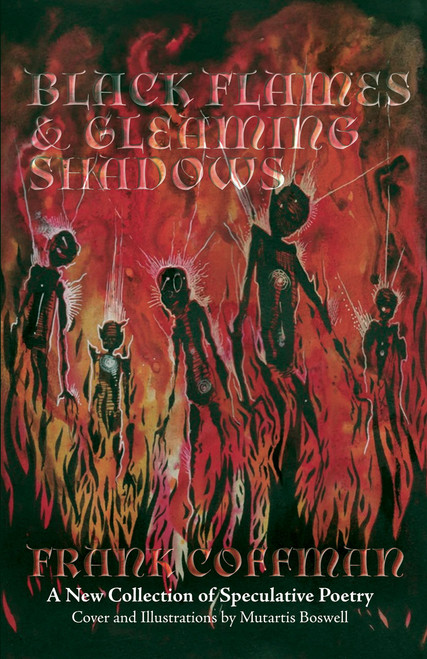 This is Frank Coffman’s second large collection of speculative poetry. As before, the verses herein cross the spectrum of Weird Horror, Science Fiction, Fantasy and Adventure and include examples from sub-genres of these modes of the high imagination.Following his chapbook, This Ae Nighte, Every Nighte and Alle (2018) and his acclaimed magnum opus, The Coven’s Hornbook & Other Poems (2019), this collection of 93 poems (six sequences of poems: sonnet sequences, a “megasonnet” sequence, a sequence in an Old Irish metric, etc) continues in the same tradition.A formalist whose rhymed and metered verses follow in the tradition of the exemplary work of the great early Weird Tales poets such as Clark Ashton Smith, Robert E. Howard, H. P. Lovecraft, Donald Wandrei, and Leah Bodine Drake, he is also a great experimenter with a broad variety of exotic and cross-cultural forms and an innovative creator of several new ones.His poetry has been published in several magazines, including Spectral Realms, Weirdbook, The Audient Void, Abyss & Apex, Gathering Storm, Phatasmagoria and Lovecraftiana; and in anthologies such as Quoth the Raven, Caravan’s Awry, and Sounds of the Night.