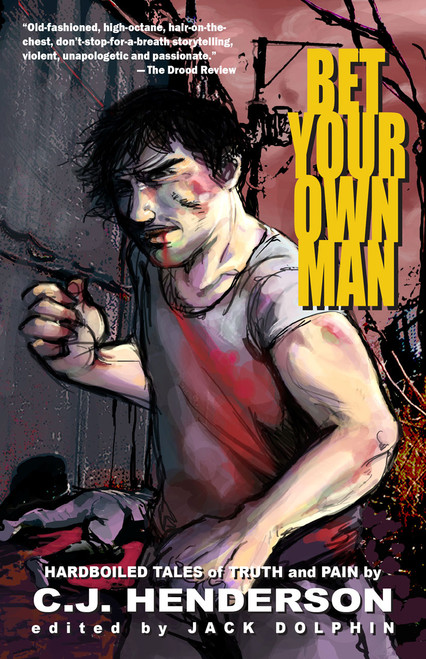 Hardboiled Tales of Truth and Pain
by C.J. Henderson

CJ Henderson received accolades calling him one of the greatest hardboiled writers of all time. The Armchair Detective, Ellery Queen’s Mystery Magazine, Mystery Detective Monthly, Mean Streets, Locus, and hundreds of similar venues have praised his tales. Hardboiled is not a genre, but an attitude — and no one understood better than Henderson. In 20 classic tales of lust, revenge and hate, he views the world through a brutally honest lens, in a variety of genres.

Whether writing about private detective Jack Hagee, or the supernatural investigator Teddy London, or an alienated working stiff hounded by a merciless car alarm, his protagonists are forced to make life’s most difficult choices.

“If, as some argue, the hardboiled private eye mystery story is a literary form on a par with the Japanese haiku or Irish ballad, then Mr. Henderson deserves the mantle of literary master." — New Mystery magazine