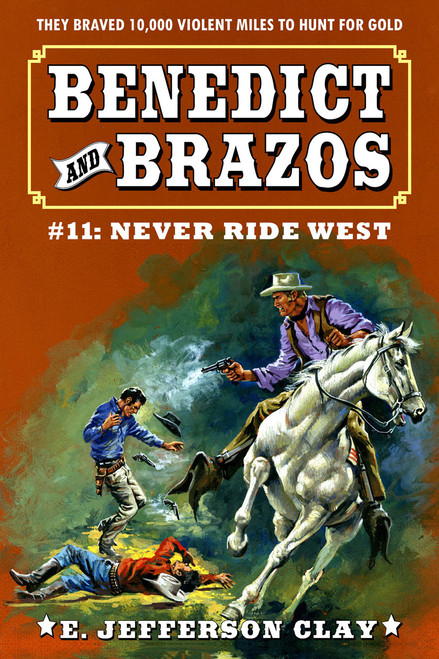 As a favor to his father, Duke Benedict took on the job of bodyguard to Governor Sherwood Garfield. The territory was still raw, and the cattlemen who had claimed most of the surrounding land were determined to fight Garfield’s Settler’s Act, which would effectively open it up to homesteaders looking to start a new life.

Benedict’s partner, big Hank Brazos, was kept busy as well, organizing the territorial militia … a thankless task that carried risks all of its own.

But that was as nothing to the dangers that faced them when a hulking gunfighter named Honder was given a thousand dollars to kill Benedict … and a further five thousand to assassinate the man Benedict had been charged to protect!