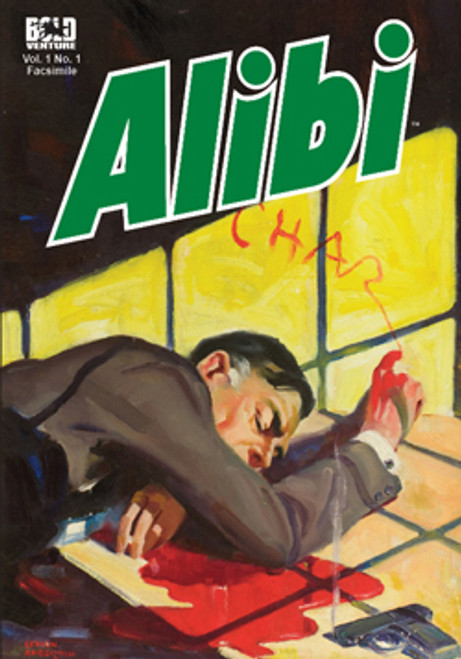 Volume One Number One

A rare mystery magazine returns in this facsimile edition, loaded with fiction. Alibi was developed as a magazine to be sold exclusively in Woolworth department stories. Only five issues were published of this unusual magazine.
Terror Beach by Samuel Hopkins Adams
The Zeppelin Murders (part 1 of 2) by H. Thompson Rich
Written in Blood by H. L. Gates
Frozen Faces and the Nickel by George Kibbee Turner
Snatched by Wallace Jackson
The Eight O'Clock Alibi by Herbert Corey
Heater Pete and the Hillbilly by M. C. Blackman
Club of the Three Gloves by Albert E. Ullman
The Body on the Blacony by Arlton Eadie
The Joss-Stick Murder by Hulbert Flynn
Murders on the Doorstep by Anthony Roper
A Lifer's Story by Edgar Clayton
Cover by Lyman Anderson, illustrations by E. Stoner