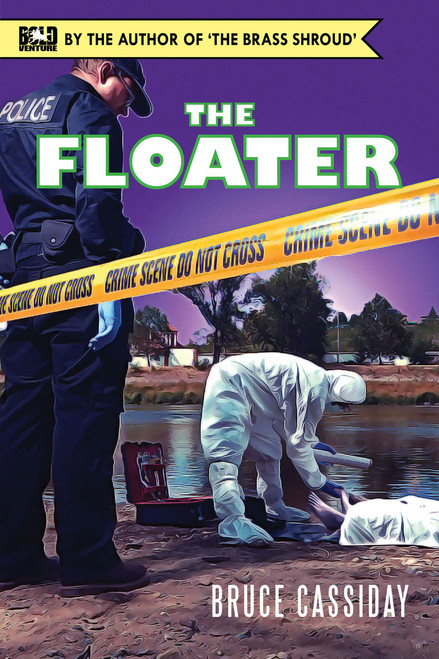 Two cases from 'The Ripperman Files'

The man’s skull had been beaten in. He was found floating in Coldwater River by an immigrant German fishing in the stream. The only clues to his identity were a laundry mark on his shirt and the results of a chemical analysis of his stomach contents.

Coldwater was a quiet commuter town where violent crime was rare. But Captain of Police James Ripperman and his small team felt the pressure as lead after lead ended in a tangle of frustration. But no sooner had the floater’s identity become known than maneuvers began to force him to close the case, and Ripperman uncovered the cancerous vein of violence and lust running beneath the placid surface of the seemingly idyllic community …

Originally published in Man's Magazine, January 1965 as "Wanton for Murder"

It was a warm night in Coldwater, Connecticut, but the stunning young woman did not notice the balmy air nor the appreciative glances of those who saw her. So angry was she at her own weakness and indecision that she strode past the center of town into the lower end without realizing it. And then, to complete the fiasco, she turned in at the Sea Girt Bar and Grill.

Within seconds, Neil Sands introduced himself over a dry martini. There followed a nightmarish whirlwind of events. Christine Burke found herself at a vacant cottage she had been hired to decorate, and Sands was crushing her with his force of will ... and his overwhelming strength. Christine never had the opportunity to mention she had been hired by Ann Ripperman, wife of the Acting Chief of Police — or that James A. Ripperman could match a killer's cruelty when murder visited his neighborhood.