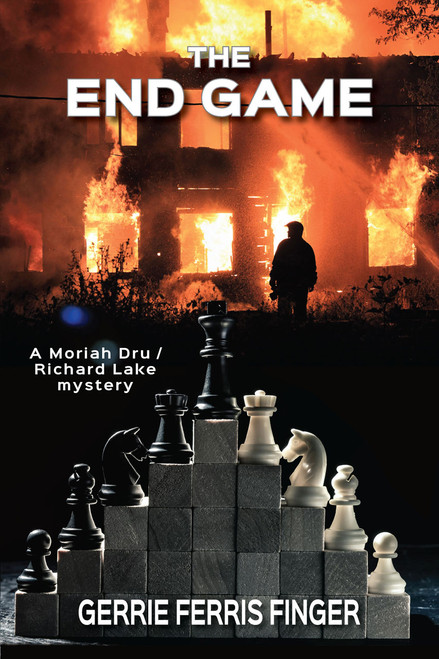 Moriah Dru’s weekend with her lover, Lieutenant Richard Lake, is interrupted when two sisters go missing after their foster parents’ house burns down. An ex-cop, Dru established Child Trace, Inc., after leaving the force. Together, they have a reputation for solving cases.

Once they investigate, they learn of other missing children from the same area. A snitch tells them a secret sex organization, with members named after chess pieces, is bound for Costa Rica with two girls. The chase is on to stop the kidnappers before they escape the country.

"A hunt for two young sisters propels Finger's compelling if at times sobering debut, which won the 2009 Malice Domestic Best First Traditional Mystery Novel Competition. When Jessie and Dottie Rose vanish after their foster parents, Ed and Wanda Barnes, die in a fire that destroys their home in Atlanta's Cabbagetown neighborhood, Portia Devon, a juvenile judge, turns for help to Moriah Dru, a former cop who runs Child Trace Inc. Dru and her detective boyfriend, Lt. Richard Lake, who's officially assigned to the case, conclude that Wanda and a neighbor friend of hers, Millicent Goddard, may have known the predator who took the Rose sisters—and other girls in the area over the years. Millicent's murder and a tip that a child prostitution ring is involved raise the stakes. A well-researched plot and snappy dialogue—plus some fine rail-yard K-9 detecting by Buddy, a German shepherd, and Jed, a Labrador retriever—keep the action moving."