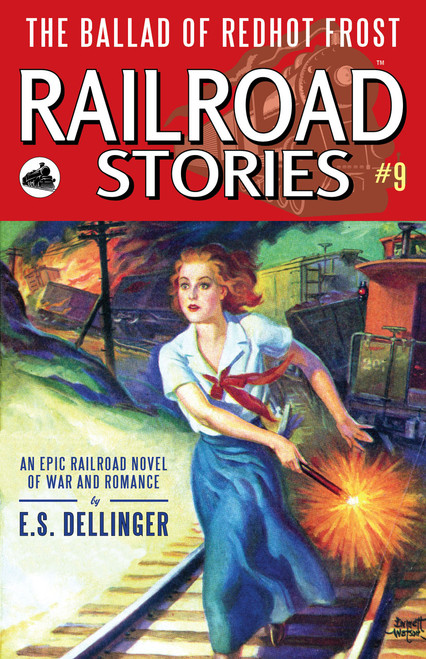 It was an ominous spot on the map, barely a town — A few ramshackle buildings in the Oklahoma mountains, built before everyone decided “the heck with it.” After the new Gulf Lines president insisted on a cutoff between South Fork and Durham, the hi-jackings and violence began … Adoniram Steel’s father suffered first. “Addie’s” heart hardened toward the outlaw gang, but it melted for Virginia “Redhot” Frost, spitfire daughter of conductor Jack Frost. She had her own score to settle, and even World War I couldn’t get in her way …

Plus: An afterword by E. S. Dellinger himself, "Happy Days on the 'MOP' and Frisco," wherein the author reminiscences about his days working and riding the American railways.