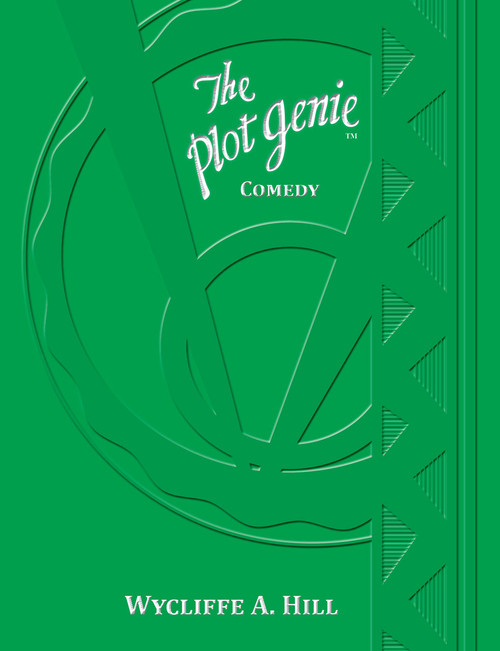 by Wycliffe A. Hill

It takes a smart person to play the fool — and an even smarter person to build the story of the fool! But Comedy challenges more authors than any other genre. What may seem hilarious to an author, in the solitude of their study, might be unfunny and offensive to audiences.

After developing The Plot Genie™, inventor and author Wycliffe Hill undertook the serious task of writing comedy. His ingeneous Plot Robot offered to guide authors in the proper direction, and send readers into hysterics.

For those brave enough to undertake comedy writing, The Plot Genie: Comedy edition promises to ease the burden -- but be warned, that this Plot Genie edition is one of the most complicated. For starters, it's a massive 320 pages -- TWICE the size of other Plot Genie editions. Hill breaks the book into three sections, with various lists and situations, and some rather involved analysis of the science and psychology of laughter. Some modern readers may actually find the lists offensive andor insulting, but be forewarned and try to read the material in the spirit in which it was presented.