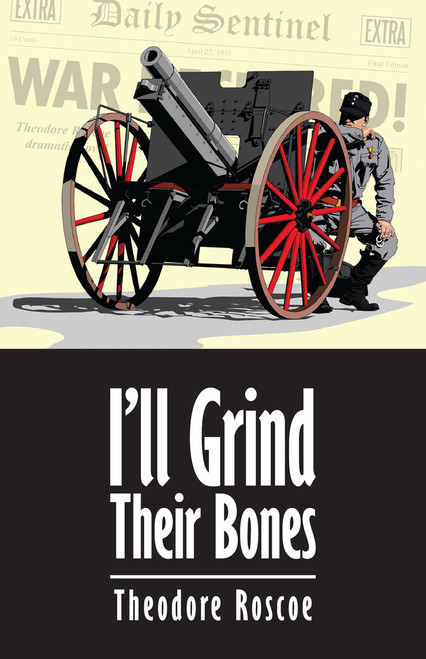 I’ll Grind Their Bones is a pulp-ish detective story, where the dogged protagonist must investigate the death of two men that escalates into impossible shootings and other mysterious occurrences. The title, taken from a rhyme most typically associated with Jack and the Beanstalk, refers to the casual death of men in violent ways. But Roscoe also escalates this cause up from a simple quest of righteous vengeance to play it instead to very different ends in the largest theater of all: WAR.

I’ll Grind Their Bones plays out like an international nightmare showing the insanity and futility of throwing so many innocent lives away in the cause of conflict.

The three countries which become the canvas for this carnage — the aggressor Teutony, the conspirator Esperance, and the unknown threat of Helvania — have clear parallels in real life, and it is telling that Roscoe takes a moment to remove Italy from proceedings so as to streamline this already complex international thrust-and-parry.