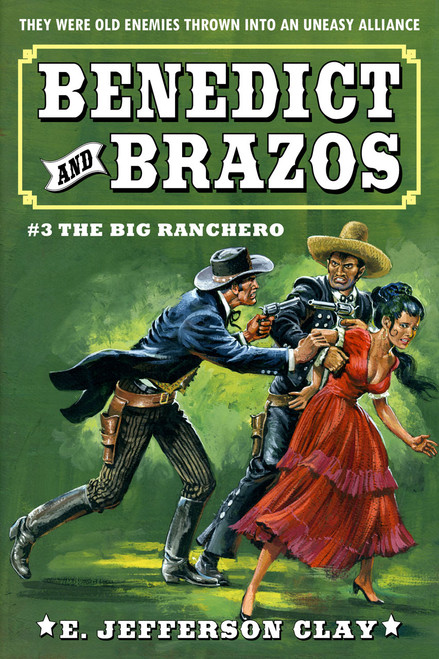 After witnessing the cold-blooded killing of a man named Boyd Larsen, Duke Benedict and Hank Brazos found themselves up to their gunbelts in mystery, murder and mayhem.

Someone was rustling cattle from Nate Kendrick's Rancho Antigua, and while that in itself wasn't Benedict and Brazos' business, rumor had it that the man doing all the rustling was Bo Rangle, the cut-throat outlaw they've been tracking ever since he massacred their men in the closing days of the Civil War.

Signing on as range detective and wrangler respectively, Benedict and Brazos set out to run the rustlers to ground and exact their revenge on Rangle.

But before they can find the man, they need to find the cattle ... and somehow or other, those cattle have vanished right off the face of the earth!