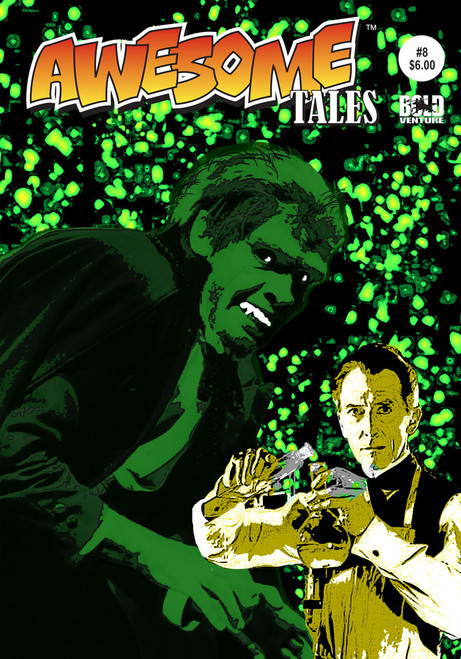 Dr. Frankenstein and Dr. Jekyll in "A Difference of Opinion"

Awesome Tales #8 presents seven stories of spine-tingling horror! Featuring "A Difference of Opinion" by R. Allen Leider, written as an homage to the late Peter Cushing -- best known for his starring roles in British horror films. Read more about it on the blog.