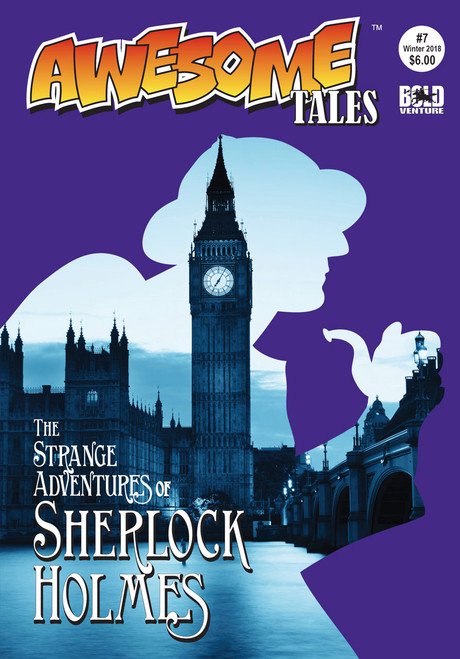 The Strange Adventures of Sherlock Holmes

Awesome Tales #7 presents five new stories featuring the world's greatest detective, investigating everything from the sublime to the supernatural. Featuring "The Incident of the Wild West Witch" by R. Allen Leider, written as an homage to the late Peter Cushing -- best known for his starring roles in British horror films (including the 1959 version of The Hound of the Baskervilles), less known for his love of the American western genre. Read more about it on the blog.