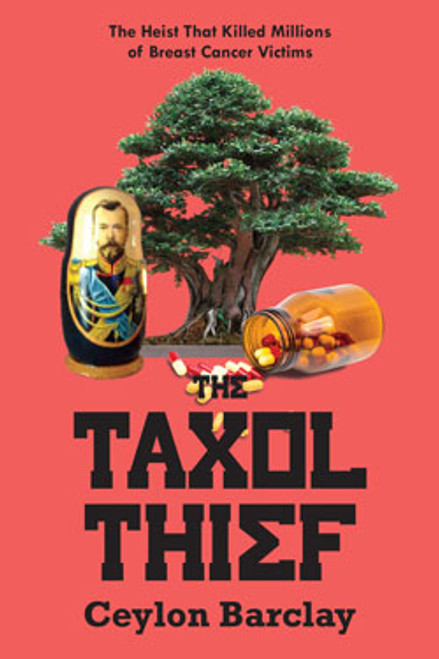 Read more about The Taxol Thief on the blog, or hear author Ceylon Barclay discuss "The Taxol Thief" on "Get Motivated with JDOGG," hosted by Jonathan "JDOGG" Lederman.

For three decades, the FDA denied approval of a first-in-class drug, "taxol," condemning thousands of breast-cancer victims to certain death. The Taxol Thief is the story of one couple's attempt to evade that fate by smuggling taxol from China through Russia.

Anastasia and Troy Locke had a bright future. She had just landed a college teaching position. He was a McDonald's manager with plans for a restaurant of his own, when their world caved in. His wife's diagnosis: Cancer.

What's the problem? Taxol might be the cure, if you can get your hands on it ... So begins Troy Locke's odyssey, a frustrating, danger-fraught journey to obtain a medical hope.

About the author: Ceylon Barclay, former President of Worldwide Marketing for Chinese Taxol extractor, Great Wall Pharmaceutical Company, has spent the last thirty-five years launching and advancing economic projects in global hot spots. Along the way, he has written several books and served as President of Friends of the Upper Volga Institute with Mikhail Gorbachev. He lives in the mountains of North Carolina with his wife, a Russian professor.