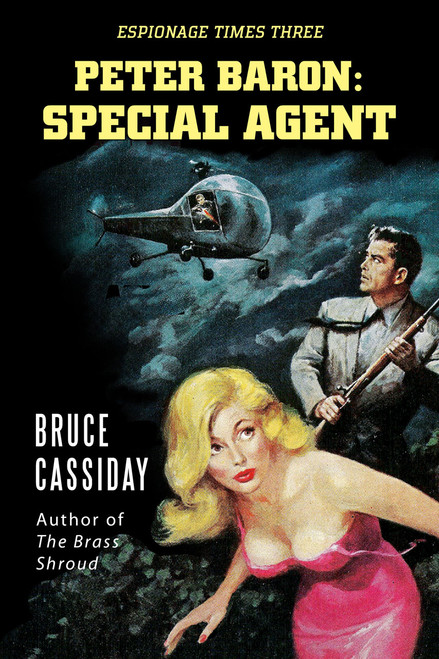 Peter Baron: Special Agent — the lead hero of Intrigue magazine in three adventures, battles an international menace from the height of the 1960s James Bond craze. The Cold War heats up as Peter Baron targets I.C.E., a rogue organization attempting to steer the world machine.

I.C.E., International Combine of Entrepreneurs (commonly called International Combine for Evil), was a recent outgrowth of the Cold War. They profited monetarily from friction between East and West, recruiting agents from among the castaways of professional spies. Some were dismissed from one country or another for double-dealing, selling secrets, or for arcane diplomatic reasons.

Against this international menace, Special agent Peter Baron embarks upon a trio of dangerous assignments: To retrieve ‘Deep Sleep,’ a biological agent; to guard agent ‘Red Fox’ from the Russians; and to locate a spy satellite under the shadow of Kilauea volcano.