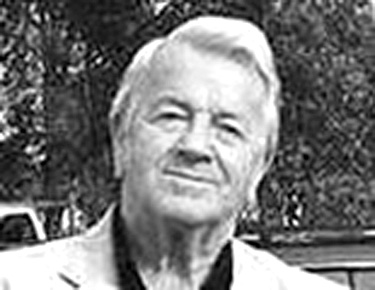 The author of the Benedict and Brazos western series, Australian writer Paul Wheelahan (1930-2018), had an adolescent ambition to become a comic-book artist — a career choice greeted with dismay by his parents.

That goal was driven in part by Silver Starr in the Flameworld, a majestic science-fiction comic strip illustrated by Stanley Pitt (1925-2002), which appeared in Sydney's Sunday Sun and Guardian newspaper in November 1946. Paul went to Sydney and sought out Pitt, who invited him to visit his studio, where Paul eventually worked as an art assistant on Yarmak: Jungle King Comic, which Pitt began producing for Young's Merchandising Co. in 1948. It was the beginning of a lifelong friendship, one that would have enormous influence on Paul's future career as a writer.

Born on 6 November 1930, Paul grew up in Dalton, a country town in New South Wales, where his father was stationed as a mounted policeman. Blessed with a keen imagination, Paul exhibited an aptitude for art from a young age, and immersed himself in the escapist fantasies of Depression-era Hollywood films (especially those starring Australian-born actor Errol Flynn), as well as newspaper "funnies" and early Australian tabloid comics, such as Wags.

Throughout the 1970s and early 1980s, Paul developed new, ongoing paperback series under yet another pseudonym, "E. Jefferson Clay". Among these was Benedict and Brazos (1971), starring two brawling Civil War veterans searching for a war criminal and $200,000 in missing gold; and Savage, an amoral gunslinger whose exploits — peppered with sex and violence — reflected the vogue for grittier Western yarns popularized by so-called "Spaghetti Western" movies of the 1960s and 1970s. One of Paul's more memorable Western novels was Everybody's Gunnin' for Dunn, which starred many of the people who'd worked for Cleveland Publishing as the lead characters, including writer Des Dunn, artist Stan Pitt and publisher Les Atkins (who took over the business from his father in the early 1970s).

Paul was forced to give up his writing career, according to his daughter Caitlin Wheelahan, after he was diagnosed with early onset dementia around 2010. Nevertheless, Paul's creative legacy was duly acknowledged in 2017 when he received the "Ledger of Honour" award, in recognition of his outstanding contribution to Australian comic art. Today, a new generation of Australian comic book fans have rediscovered Paul's classic heroes, The Panther and The Raven, whose exploits are now being reprinted in the Giant Size Phantom comic (commencing with issue No.5), by Frew Publications.

Paul Wheelahan passed away in December 2018. He was a gifted storyteller who thrived in the egalitarian mediums of comic books and "pulp fiction" literature. He enthralled generations of readers with his vivid imagination.